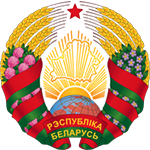 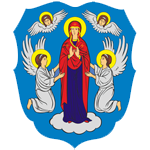 Information of the State Educational Institution
«Secondary school No. 133 of Minsk»
about humanitarian projects proposed for co-financing

The applicant organization, proposing the project, is the State Educational Institution “Secondary School No. 133 of Minsk”

The aim of the project is to establish the Mutual Assistance Centre "S.P.A.S.", which provides support to children in crisis and teaches the parents how to interact with their children in critical situations; to prevent early suicidal manifestations among students and parents within the boundaries of the school neighborhood.

Tasks to be completed within the framework of the project.
The main problem which the project is aimed at is preventing the suicidal behavior of adolescents and youth, providing versatile assistance to adolescents in crisis, who do not find the meaning of life and have self-destructive behavior.

As a rule, the topic of suicide causes natural fear. And everyone wants to avoid this topic as if it doesn’t exist. But the problem doesn`t disappear. According to the observation there are a lot of children who need psychological help, some in long-term psychological support. Children need to be taught that life is the most important thing they have, and difficulties are the part of our life and it is important to learn how to overcome them. Moreover, it is necessary to convince the children that they are not alone and if they feel sick and lonely, they can ask for help, and they will get it. Our task is to identify such children and provide qualified assistance based on the individual situation.

The main reason for suicide is a serious disadaptation of children in life, in the world around them. But there can be a lot of factors contributing to this, which includes prolonged family conflicts or violations of family upbringing, low stress tolerance and psychological trauma, inability to communicate with peers, loneliness, avoiding responsibility, depression, undetected mental disorders, when the children do not receive timely assistance.

There are also manipulative suicidal attempts, when the teenagers just want to get something for them what they desire. But to any such manifestations we must treat seriously, as adolescents do not fully understand the consequences, for them it is a kind of adult-controlled game where they will be saved, but this does not always happen.

There are a lot of markers of suicidal predisposition. They can be divided into several groups: behavioral, emotional, communicative, situational. For example, a sudden change in a child 's usual behavior: was cheerful - became closed; handing out their things, especially those they care about; changes in appetite, sleep, wakefulness; dramatic mood swings. Excessive passion for the topic of death, visiting relevant web sites on the Internet, saying they have no reason to go on living. Therefore, the best prevention of suicide is the qualified assistance provided in time.

The relevance of the project is obvious. During the 1st quarter of 2019 there were 5 attempts to commit suicide among adolescents in Minsk. And these are only recorded cases. According to the World Health Organization, the suicide rate in Belarus is the fifth highest in the world (26.2 suicides per 100k).

Suicide rate has increased in recent years among young people in Belarus, according to the information of the head doctor of the City Clinical Child Psychiatric Clinic. 2017 showed a greater number of suicides among minors than 2015.

In 2016, 244 juvenile suicide attempts were recorded. Over the past five years, 124 suicides have been committed in the country. And only in eight cases the children turned to specialists for help. 95%, both of those who died and those who survived, did not go to psychiatrists.

The numbers are scary, but these are just words after the fact. We still do not know how to work with such children, so that they finally and irrevocably stop thinking about suicide.

And it is necessary to start from the stage of family planning, planning the birth of a child, teaching parents how to interact with a child, in case of a collision with life's difficulties. It is important to teach parents how to choose the right words of support, how to speak and select the necessary words when they communicate with adolescents who have obvious psychological or psychiatric deviations in their behavior.

As part of this program, it is planned to:
- identify the psychological history of the children, studying at school, and their parents by means of questionnaires and/or individual interviews with specialists in this field;
- identify the medical history of children and their parents;
- open a family planning office, where students will be taught how to bring up children
- teach parents of students how to encourage their own children, how to make them think positively;
- train parents, as well as all the adults living with a child, how to identify the first signs of depression, suicidal behavior, adolescents` psychological disorders;
- conduct workshops with parents and teachers to identify students in crisis situations;
- conduct individual and group classes to provide socio-pedagogical, psychological assistance to minors and youth who have encountered problems in communicating with parents, peers and who are prone to suicide;
- hold an annual conference of fathers: "Prevention of crisis situations";
- to renew the "Trust Post";
- continue the holding of «parents` universities» on the topic of suicide prevention;
- to open an online group for the provision of psychological assistance with the involvement of qualified psychologists of urban centers;
- exit of the Mutual Assistance Centre "S.P.A.S."to social networks: Instagram, VKontakte, etc.;
- create the Mutual Assistance Centre "S.P.A.S." (Save from the Abyss) on the basis of the school.

Target group
- groups to which the project is addressed and which will receive direct support: young people from 10 to 18 years old, young parents and families expecting a child, living in the school neighborhood, legal representatives of students, teachers.

1. Brief description of project activities
To implement this project, it is necessary to create favorable conditions in the center so that the participants of the target group would like to come and spend time in the classroom, would be interested in receiving qualified assistance.

Stage 2.
The equipment of the Center for mutual assistance "S.P.A.S.":
- carrying out repair work with painting the walls, repairing the ceiling, sanitary installations on the 1st floor of the school
- the allocation of rooms No. 105, 102, 103 for the equipment of the premises and the placement of the Center for mutual assistance "S.P.A.S."
- redecorating the rooms No. 105, 102. Room No. 105 must be visually divided into zones for specialists to work: project manager S.P.A.S., 3 members of the Mutual Assistance Centre "S.P.A.S." (psychologist, psychotherapist, teacher), turn on the information field (WiFi access, 4 laptops, a stereo system, a large TV on the wall with Internet access).
- Room No. 102 must be equipped for online consultations, as well as for the placement of the head of the Center for Mutual Assistance “S.P.A.S.”
- Room 103 must be equipped to carry out appropriate work with parents, with young people who have expressed a desire to marry and who are expecting a baby.
- organizing the work of the head and members of the Mutual Assistance Centre "S.P.A.S." with the aim of conducting preventive work on committing suicidal acts

Stage 3.
Organizing of a crisis prevention work system
- inviting of the psychologists from the Republican Scientific and Practical Center for Mental Health, psychotherapists of the City Child Psychoneurological Clinic to participate in online consultations.
- conducting online consultations;
- conducting seminars with parents and teachers to identify students in crisis situations;
- conducting individual and group classes to provide socio-pedagogical, psychological assistance to minors and youth who have encountered problems in communicating with parents, peers and who are prone to suicide;
- holding an annual conference of fathers: "Prevention of crisis situations";
- the revival of the "Trust Post";
- continuation of holding «parents` universities» on the topic of suicide prevention;
- opening of an online group for the provision of psychological assistance with the involvement of qualified psychologists in urban centers;
- identification of psychological history of children studying at school and their parents through questionnaires and (or) individual conversations with specialists in this field;
- identification of medical history in children studying at school, and their parents;
- opening a family planning office, teaching students how to interact with children;
- teaching parents of students how to encourage their own children, how to make them think positively;
- training parents, as well as all the adults living with a child, how to identify the first signs of depression, suicidal behavior, adolescents` psychological disorders;

Project Location
The State Educational Institution "Secondary School No. 133 of Minsk" is located at 31/2 Frolikova Street, Minsk.
The building has 4 floors for educational purposes and 2 administrative floors.